• for the Rat King

“The Bronze Sky” is an educative app for smartphones that teaches about the Nebra Sky Disk. We were commissioned by MotionWorks GmbH to plan and implement a game that would also be embedded into the app (created by codemacher), and that would let players re-live the time when the sky disk already became an object of worship, 4000 BC. Playing as either Mimo or Leva, it’s up to the player to gather as much bronze as possible. This is done by harvesting, hunting and gathering resources and trading them for tools and jewellery. The app was funded by the Mitteldeutsche Medienförderung and the state of Saxony-Anhalt. 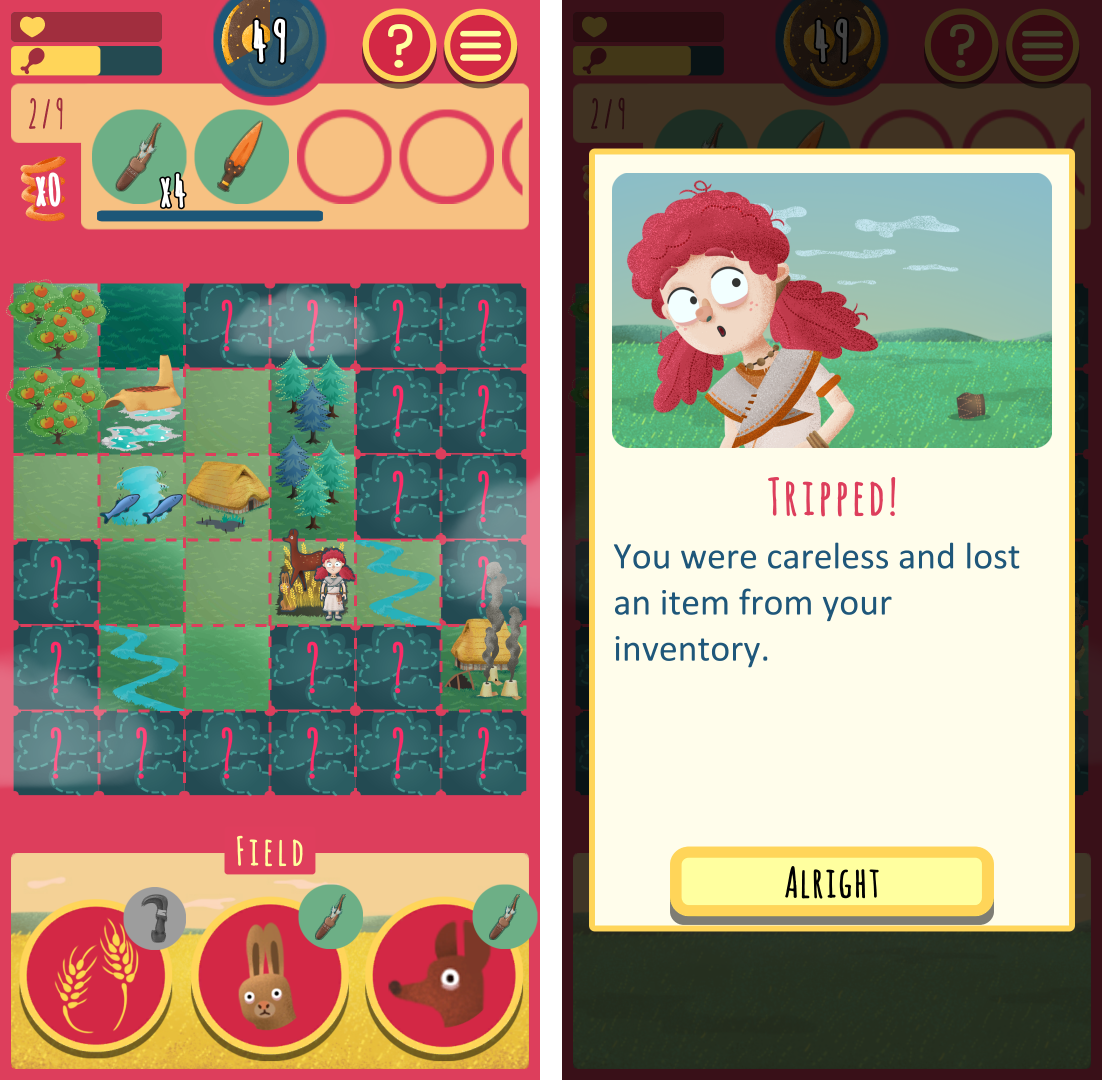 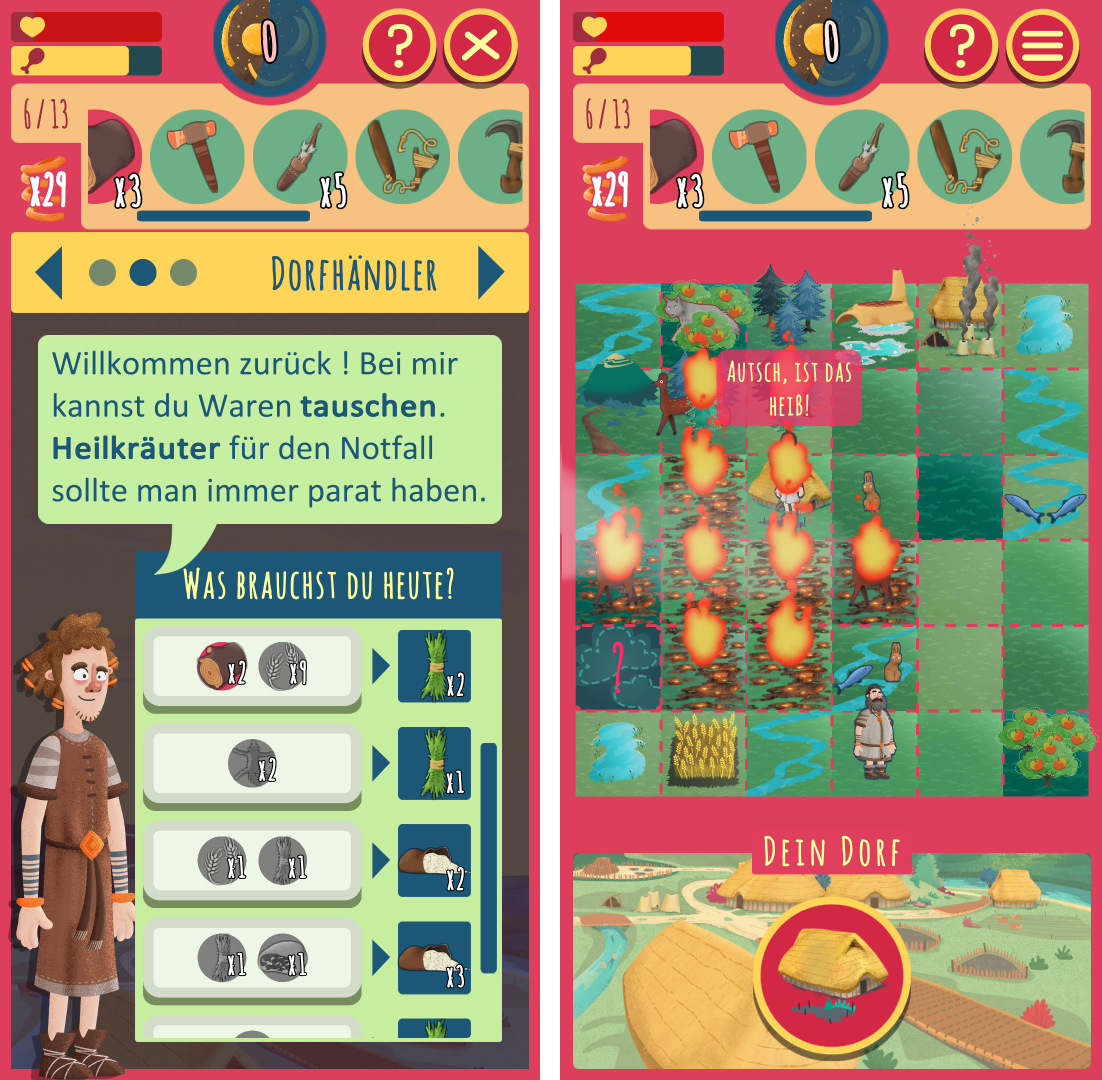