For some years I regularly visited the Devmania (formerly known as Dusmania), an annual meeting of enthusiastic hobby game developers. One of the highlights of this event was the overnight contest, where people create small games over the night (as the meeting takes place over two days). 2010 was the first year I also participated in this contest.

The theme this time was “Mondschein” (moonshine).

The whole night, from October 2nd to October 3rd, I worked on “Moon Laser Duo”, together with Björn Grunewald, a former co-student.

After I thought of a concept I started Unity - and was unable to do anything for some hours. It was pretty late when the idea which was formulated at the beginning (it consisted of a human and vampire walking on a planet, trying to catch each other) got better and stimulated me to actually write the game logic. While I hacked some code into Visual C# Express Edition, Björn created the graphics in 3dsmax.

All in all it was worth it - we made first place!

“Moon Laser Duo” now is a simple coop multiplayer game for two people at the same computer with splitscreen.

You and your partner control two little astronauts on a moon who have a laser between them. The laser destroys the aliens which constantly spawn and try to kill you. If you and your friend are too far from each other the laser will diminish and eventually vanish. So you have to stick together to eliminate as many aliens as possible and therefore get a high score.

Watch the video above, or even better, download the game from Dropbox (RAR format, 7.03 MiB). Be aware that this is the contest version, so bugs may exist, and the gameplay is unbalanced. 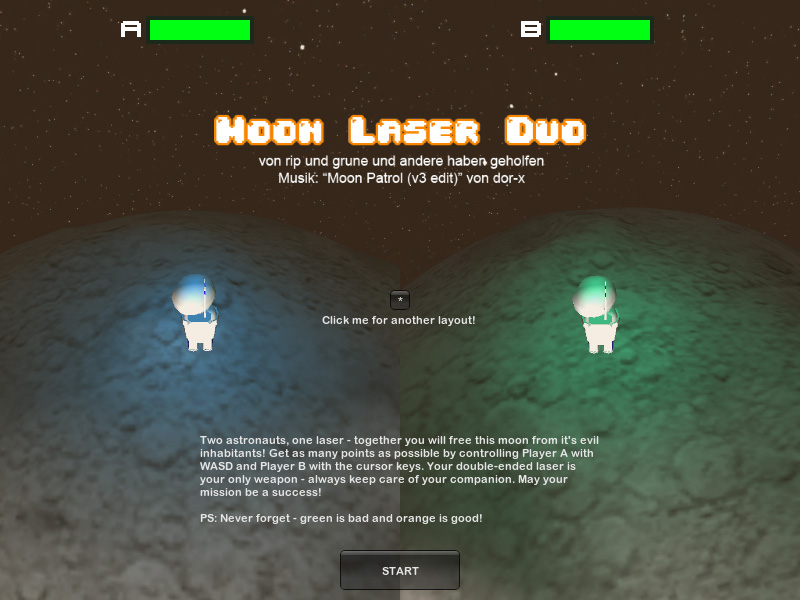 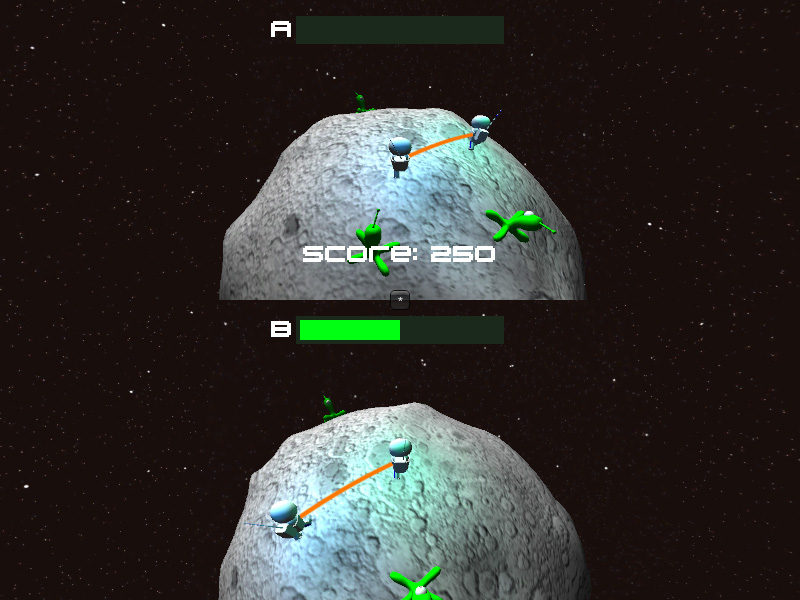