The German board for (hobby) programmers and game developers ZFX hosted the ZFX Action III. The ZFX Actions are gamedev contests with loose terms; for the third instance, the goal was create a (mini) puzzle and/or strategy game within 2 months (September and October 2010).

Jana Reinhardt and I decided in the midst of September to do an entry. We went for the two themes “chocolate” and “bureaucracy” (there were four for choosing - the other two were “storm” and “oil”), and immediately began the work on “Karoshi!”, a multiplayer-only strategy game in the style of “Dungeon Keeper” (great game BTW).

The core gameplay is simple: Build an office, recruit employees, and destroy the desk of the adversary company boss. To do so, train your employees (which are interns at the beginning) to be mobbers and vandals. Mobbers hurt other people while vandals attack furniture.

In order to generate money you have to place desks and chairs (thus creating office space) and give your employees tasks. To reduce the time an employee needs to complete these tasks you can train him to be a geek.

Training is done at copiers. Another type of furniture you can buy is the plant. You use it to delegate your minions and let them patrol from location to location.

Employees which were attacked by interns or mobbers have to heal themselves on vending machines with chocolate bars. Initially we wanted to implement coffee machines, but this way we could serve the theme “chocolate”.

We wrote the concept by creating one single text document which was edited by each of us several times while the contest lasted. We chose Unity as the game engine, as Jana created her diploma project Ketonauts with it. It soon became apparent that is a reliable tool for prototyping and easy to use. And it has a free version!

I programmed the game logic in C#, while Jana made the 3D models and textures of nearly everything you see in the game. Only the floor of the level is my contribution to the look, as it is generated on run-time and uses a simple texture atlas.

A big portion of the time was spent on the GUI. It was very extensive this time although Unity’s GUI system isn’t the best; but now it automatically rescales to look good with every resolution. The second biggest hassle was the multiplayer functionality. Although I had experiences with RakNet from former projects (e.g. “Omertà”) this is something I never mastered. As this was a hobby project I decided to give every client the control of its own logic (movement of minions and such), which is very prone to hacks/cheats and should never be done at home, kids!

All in all “Karoshi!” is the most complete game Jana and I ever did together, and it was part of the motivation to actually found Rat King Entertainment, our own gamedev studio. By the way, the music of Karoshi! was made by Kevin MacLeod.

You can find more pictures of the development progress in this Dropbox gallery. And watch a gameplay video on YouTube or Vimeo, if you don’t have somebody to play with. 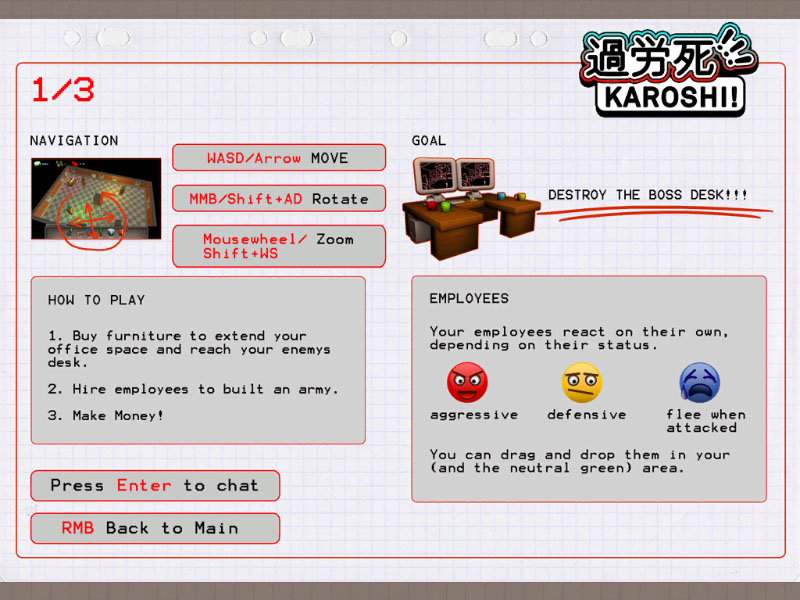 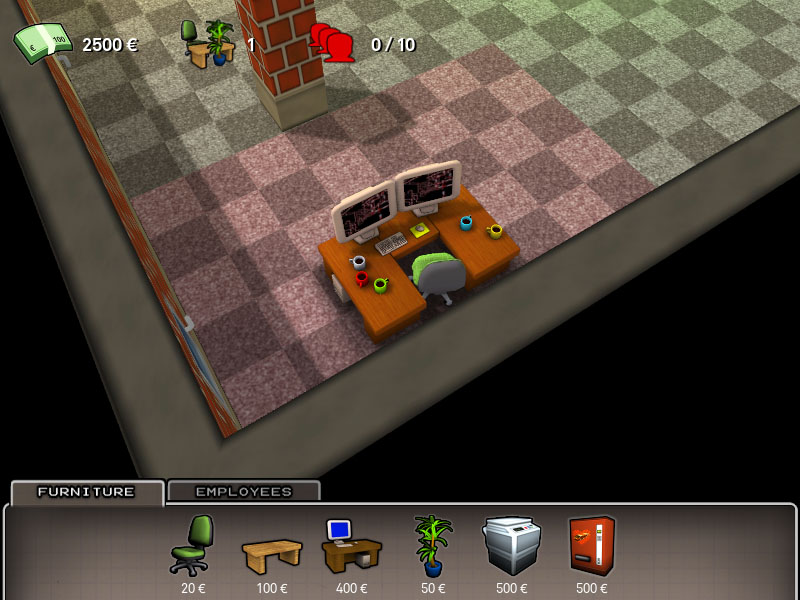 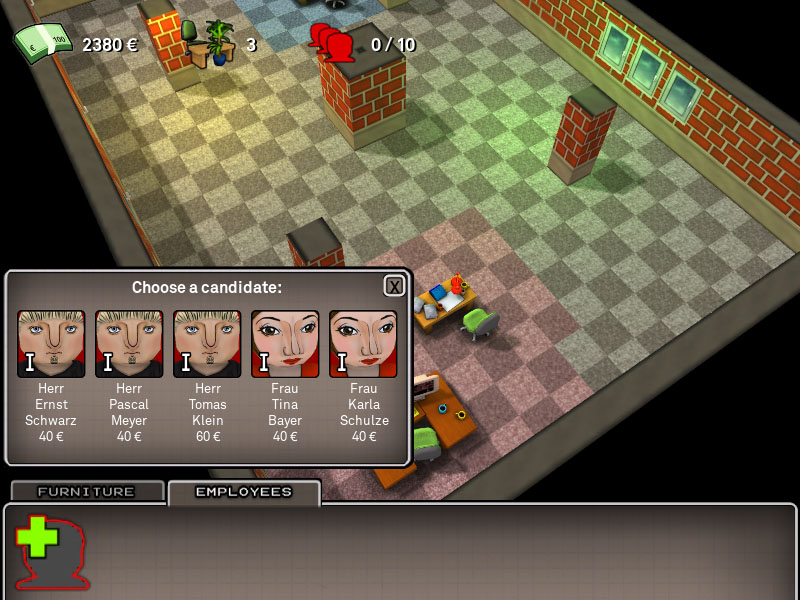 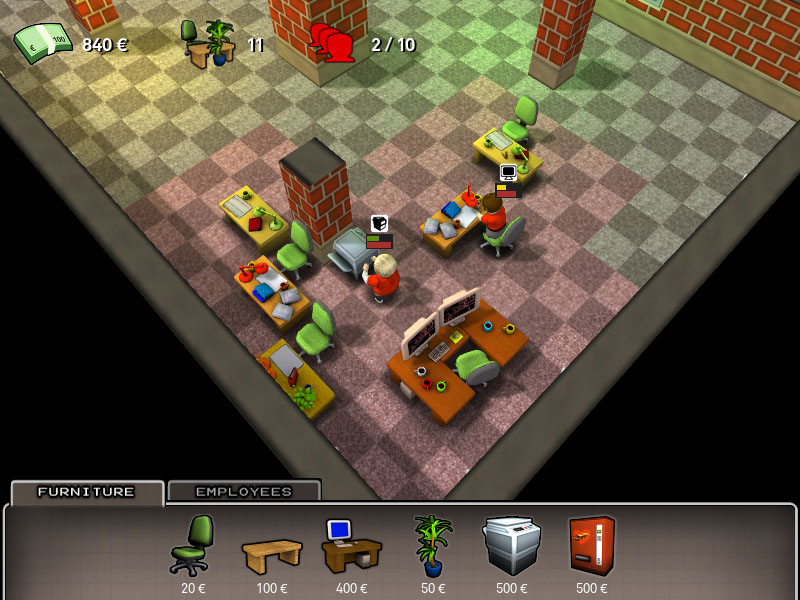 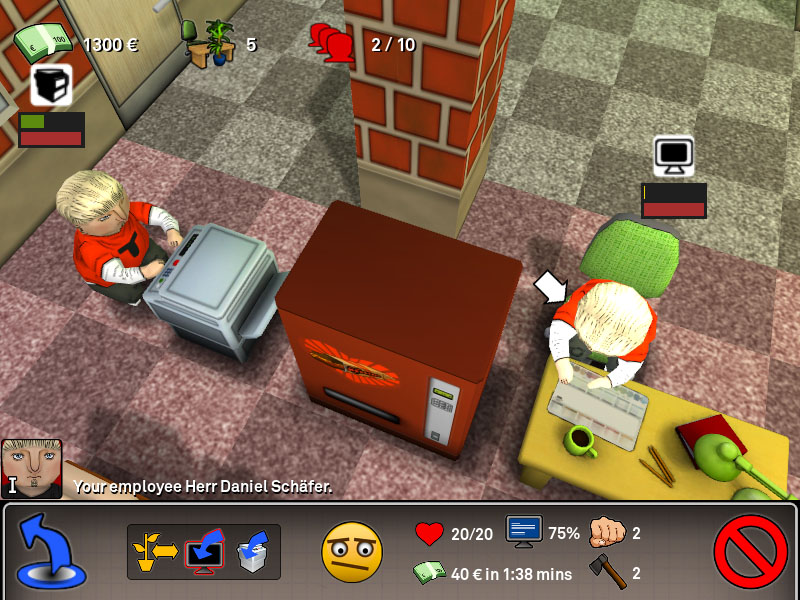 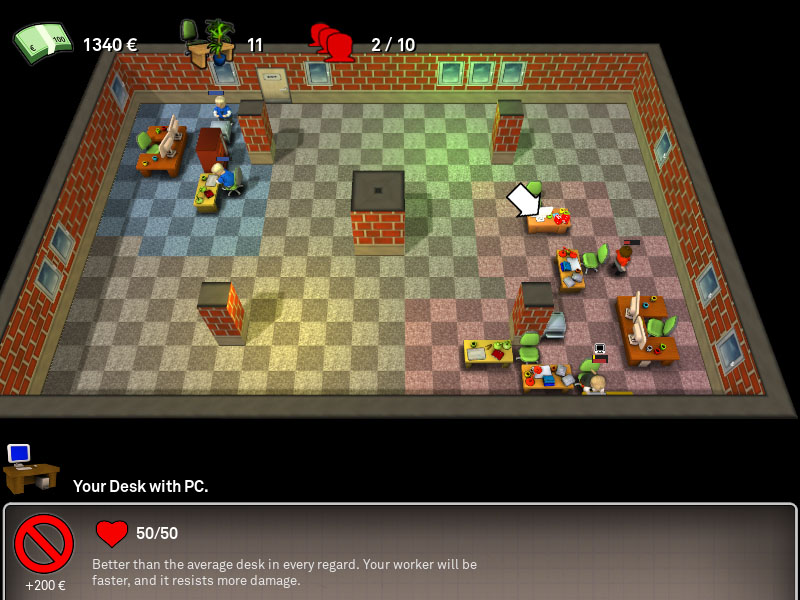 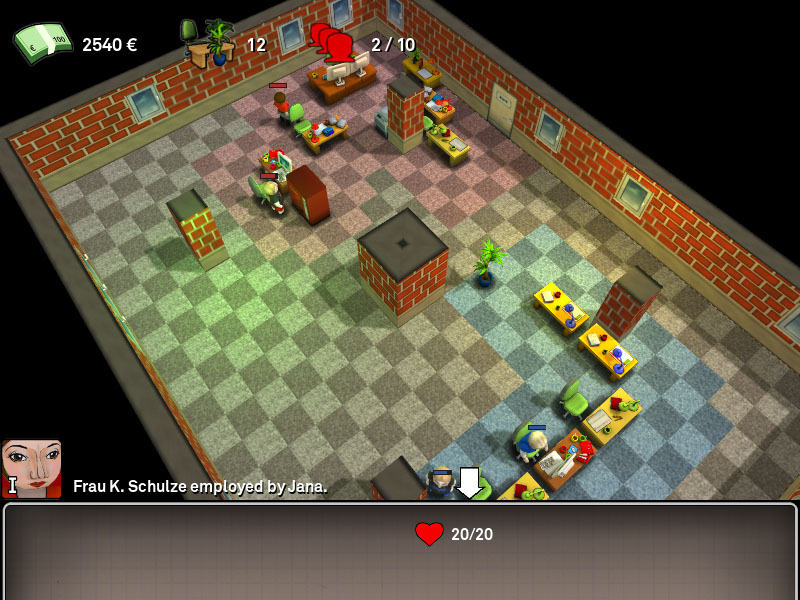 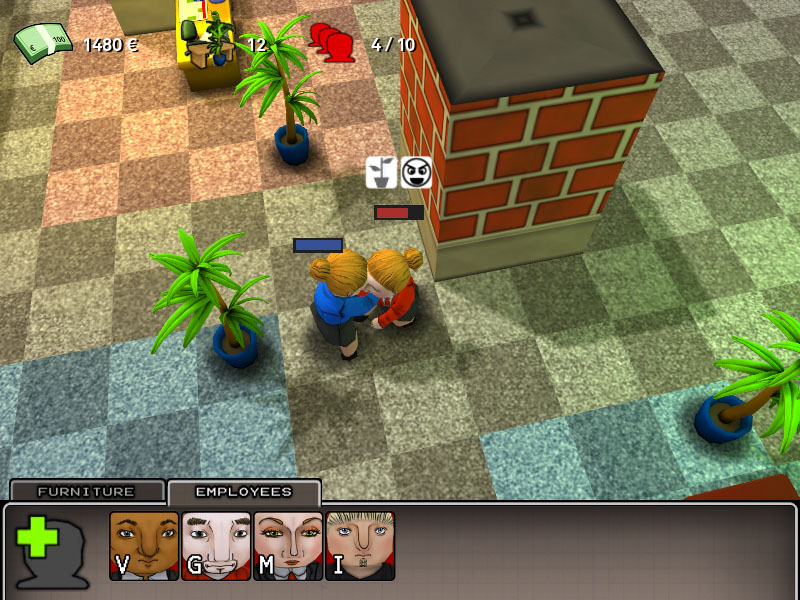 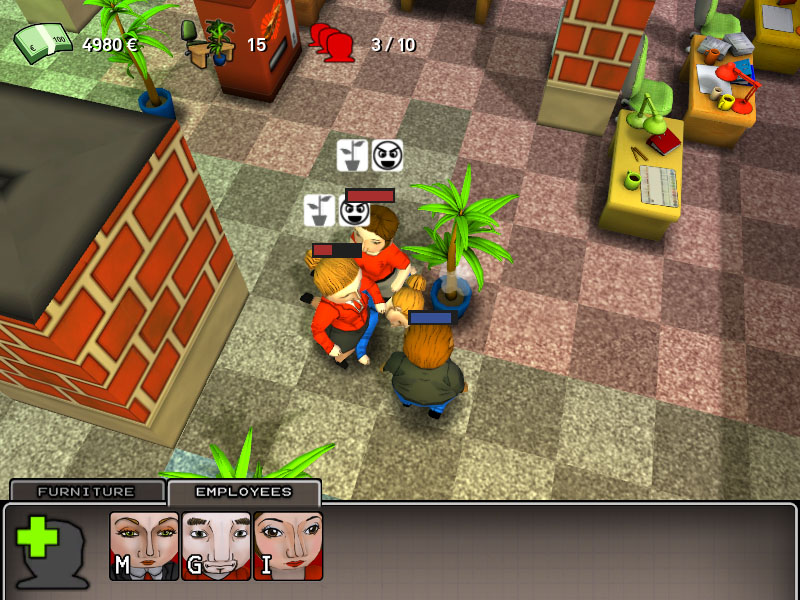 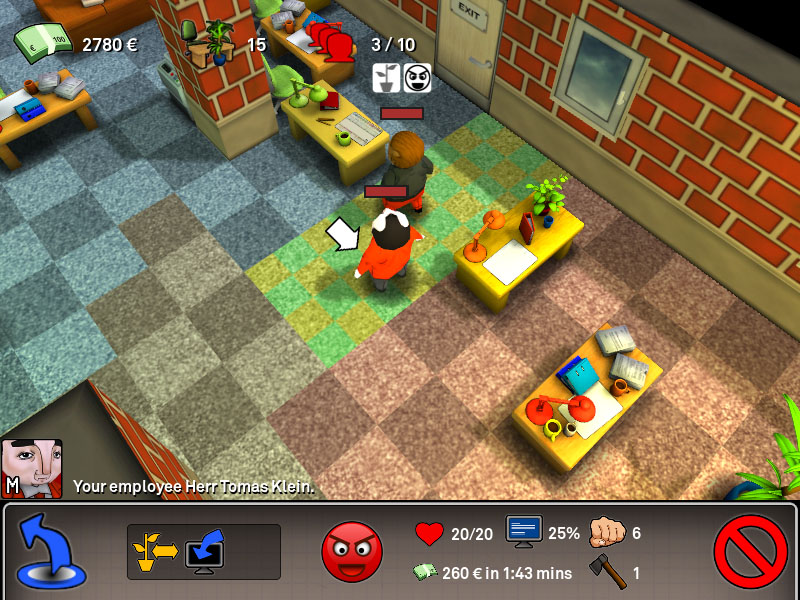 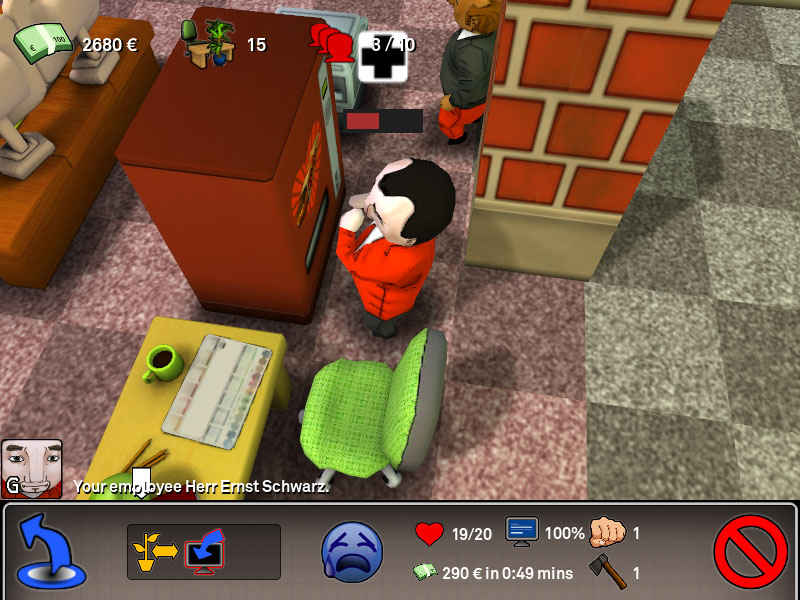 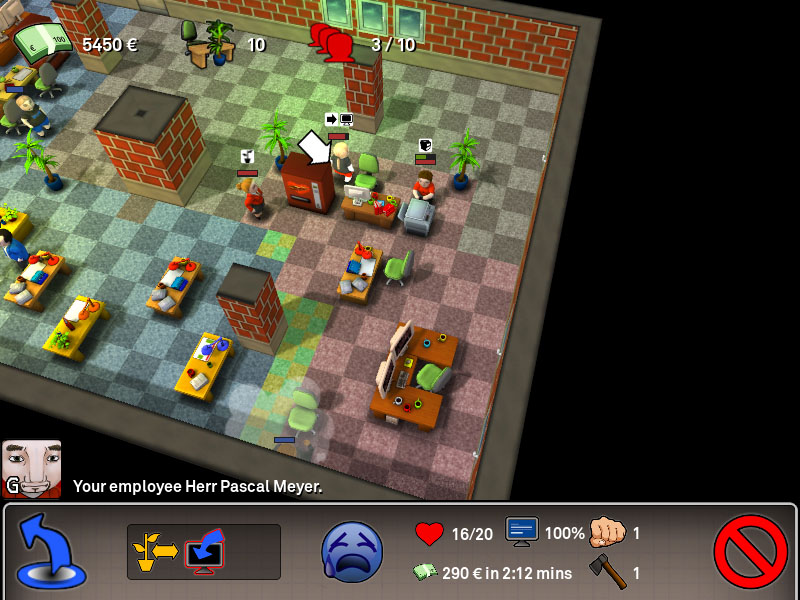 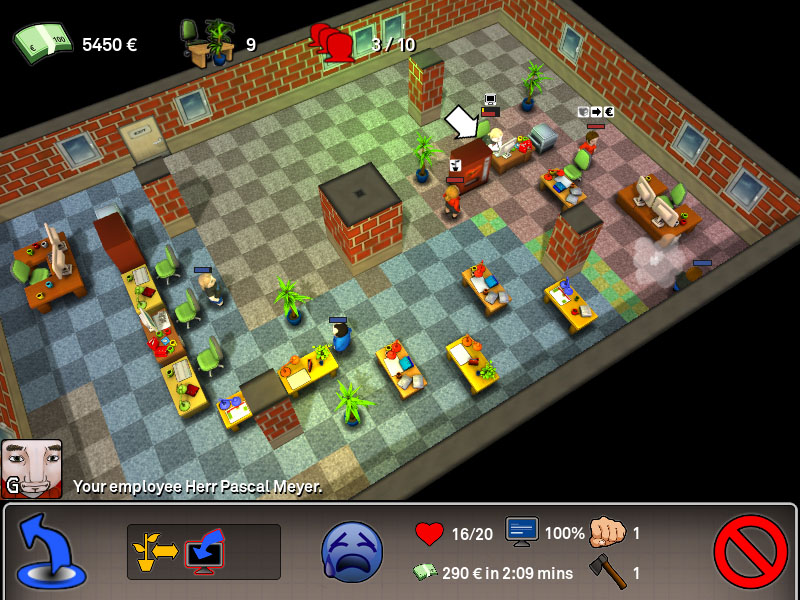 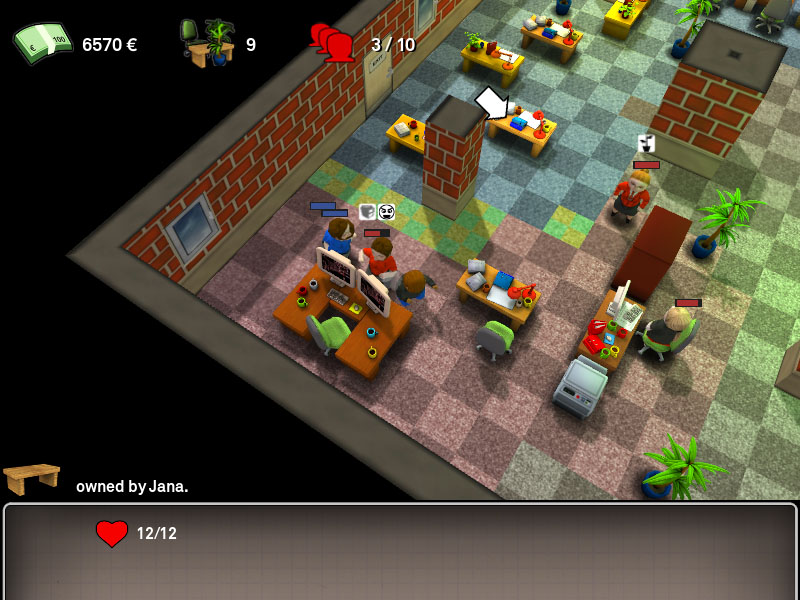 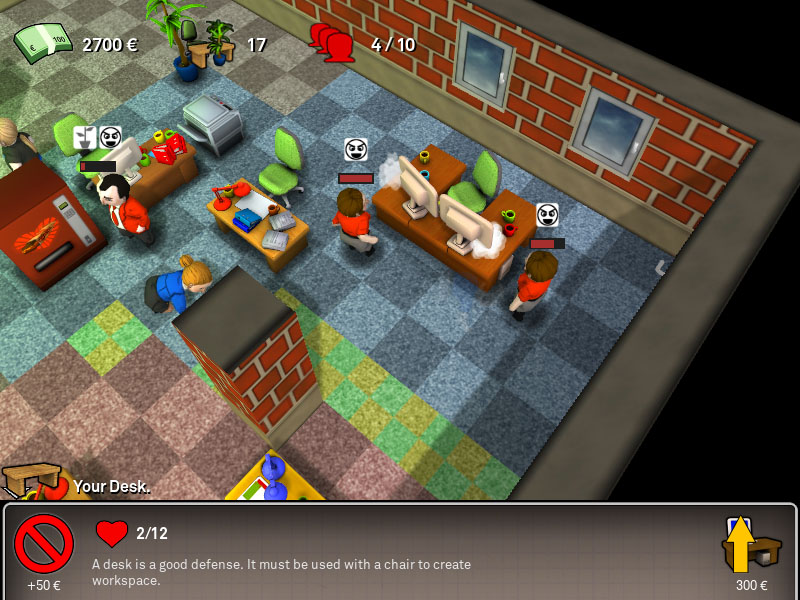