During a 2-day game jam in 2016 we created Die Stimmung kippt (roughly: The Mood Shifts). It is the prototype for a multiplayer mobile game with real-world interaction. The idea was the following: participating players connect their smartphones with each other and get profiles of refugee-seeking people. Then they have to get visas in countries lying around in the room, by scanning QR codes. It gets chaotic as soon as tabloids spread rumors about refugees… 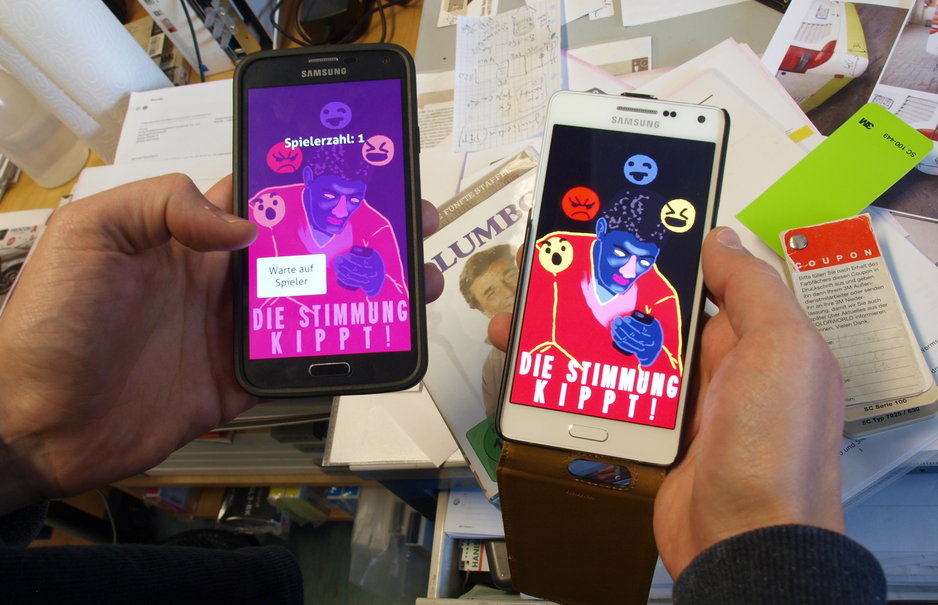 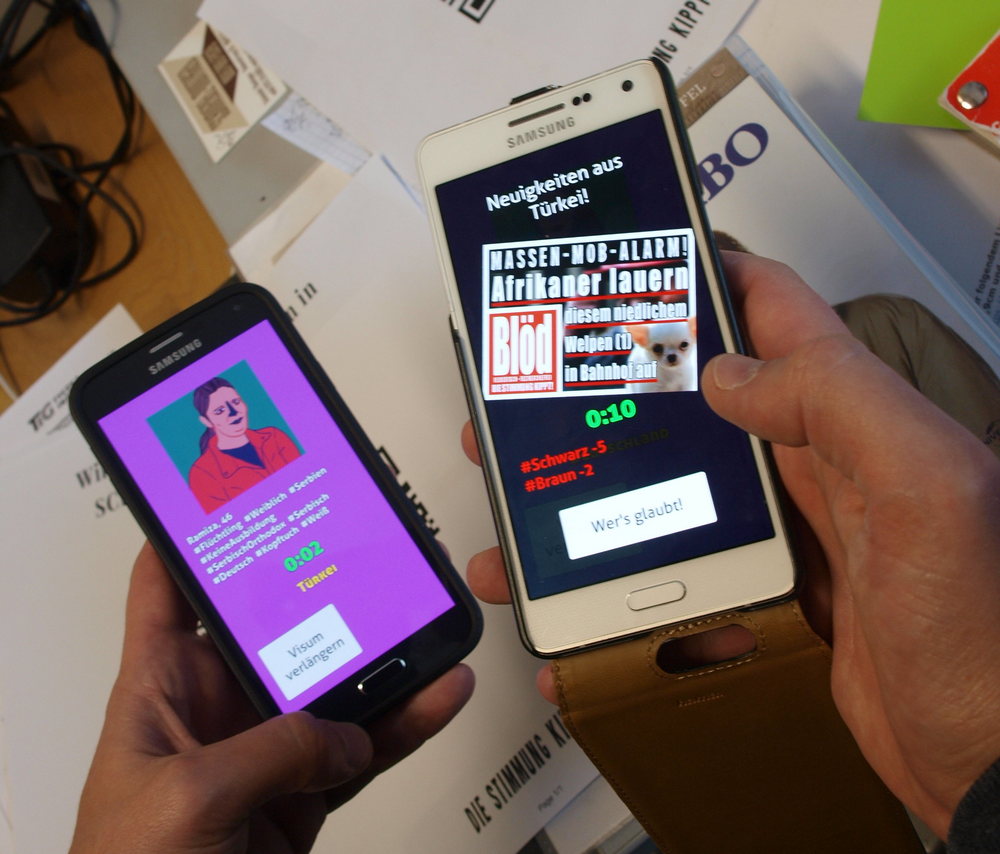 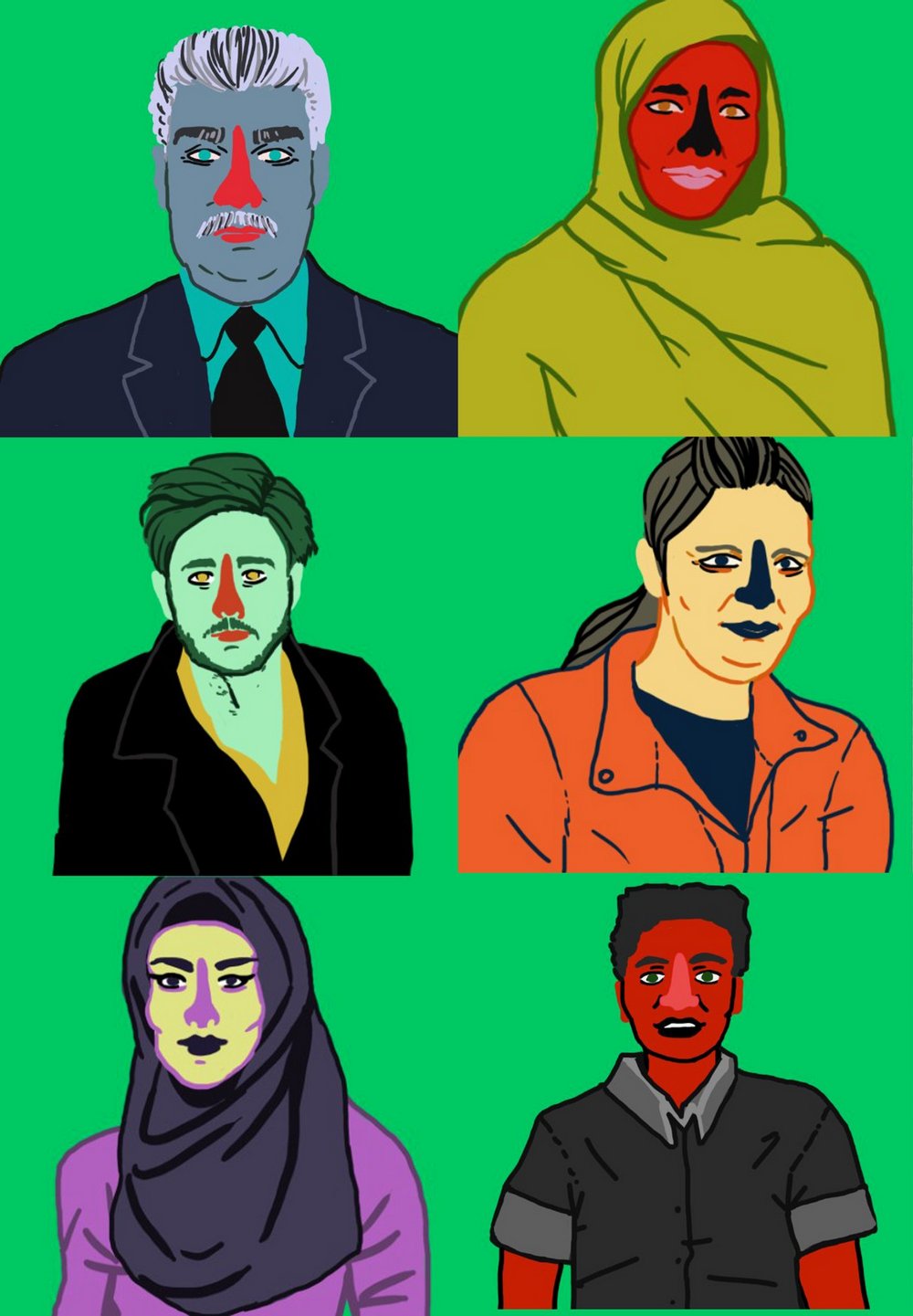